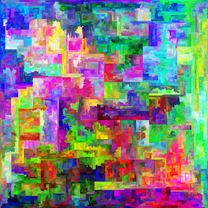 "That which is in locomotion must arrive at the half-way stage before it arrives at the goal."

This image is constructed in the same way as the Up and Down the Shortest Tree image, except for how the 2D and 3D trees grow.

At each step, a new branch grows out of a random point in the tree, orthogonally to its parent branch and in an axial direction (i.e. horizontal/vertical in 2D, or along a colour component in 3D).

The branch stops growing when it "arrives at the half-way stage before it arrives at" a pixel/colour that's either beyond the image/spectrum boundary or has already been reached by another branch.

The image space and the colour spectrum, being composed of a discrete number of elements, introduce a heavy bias towards an atomist answer to Zeno's paradox.

To compensate for that and make sure that the goal isn't reached, fraction of pixels and fractions of colour levels are rounded down. 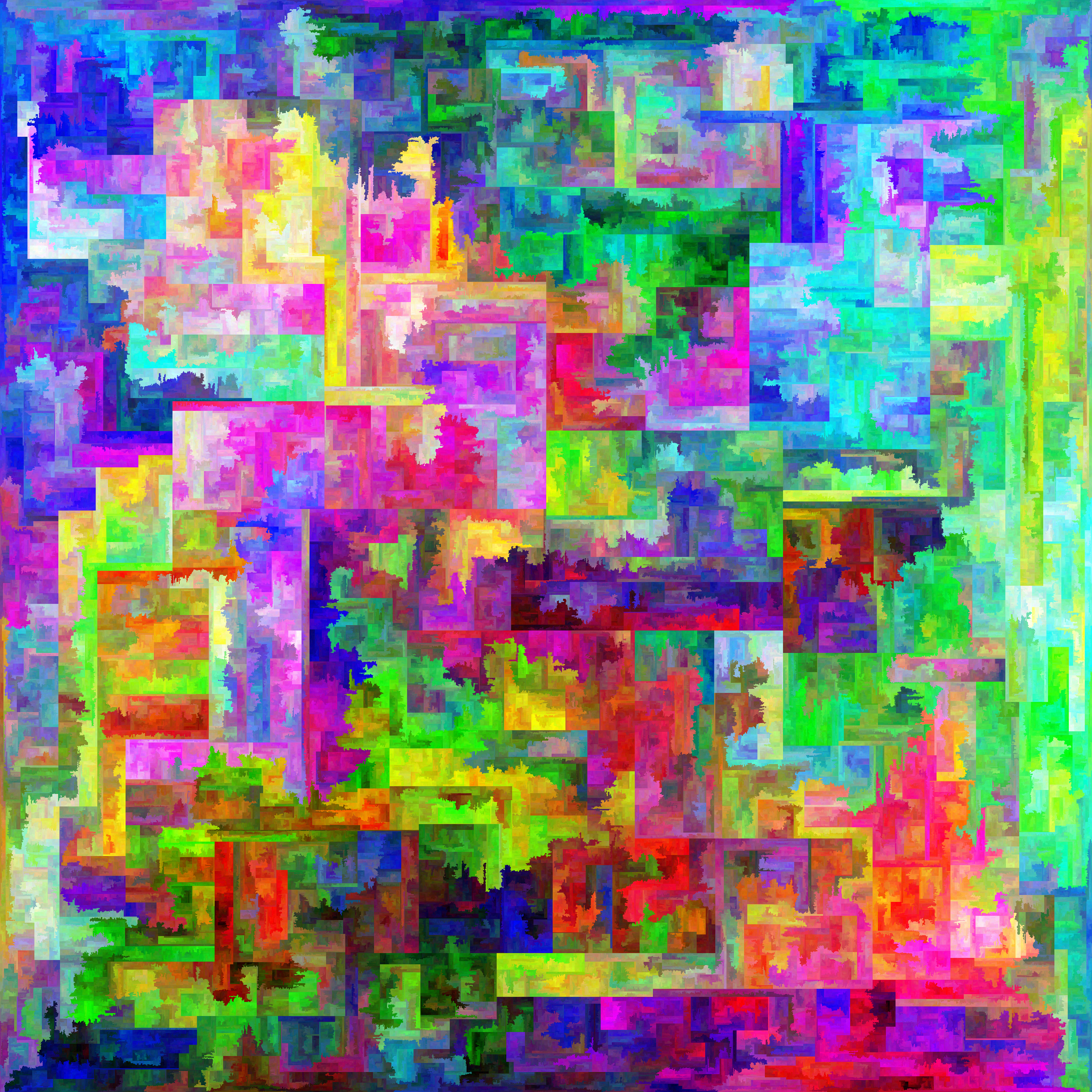