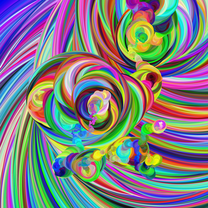 This image is constructed from a random walk, the discrete equivalent of brownian motion: an imaginary particle moves randomly around the image, from pixel to pixel.

Each step in the walk consists of a horizontal or vertical transition to an adjacent pixel.

After a step, one of the pixels that's nearest to particle and has not already been painted is painted.

The pixel to be painted also needs to be adjacent, horizontally or vertically, to an already painted pixel.

The colour of the pixel is chosen based on an analogous random walk in the 3D colour spectrum.

In this particular image there's a tiny white cloud within a magenta circle: that's where the painting starts, from a white pixel. From that location it is possible to visually follow through the path of the particle.

Depending on how long the particle dwells in a local area, more or less of the neighbouring pixels get painted. This results in sections of rings of varying sizes and colours.

The visual effect is that the path of the particle seems to have a variable thickness, or that disks seem to have been unstably stacked upon each other.

The sections of rings inevitably grow bigger as the walk progresses and local areas to be painted run out.

A general problem with the approach described is that the resulting images tend to come out off-centred. Even if the particle is made to start at the centre of the image, it generally drifts off towards a border or corner, where it more easily loses its ability to reach again the edge of the surrounding disk of painted pixels.

A way to compensate for this, as done here, is to keep shifting the image during the walk, for as long as necessary and possible, to keep the particle 1/8th of the image length away from the image borders. 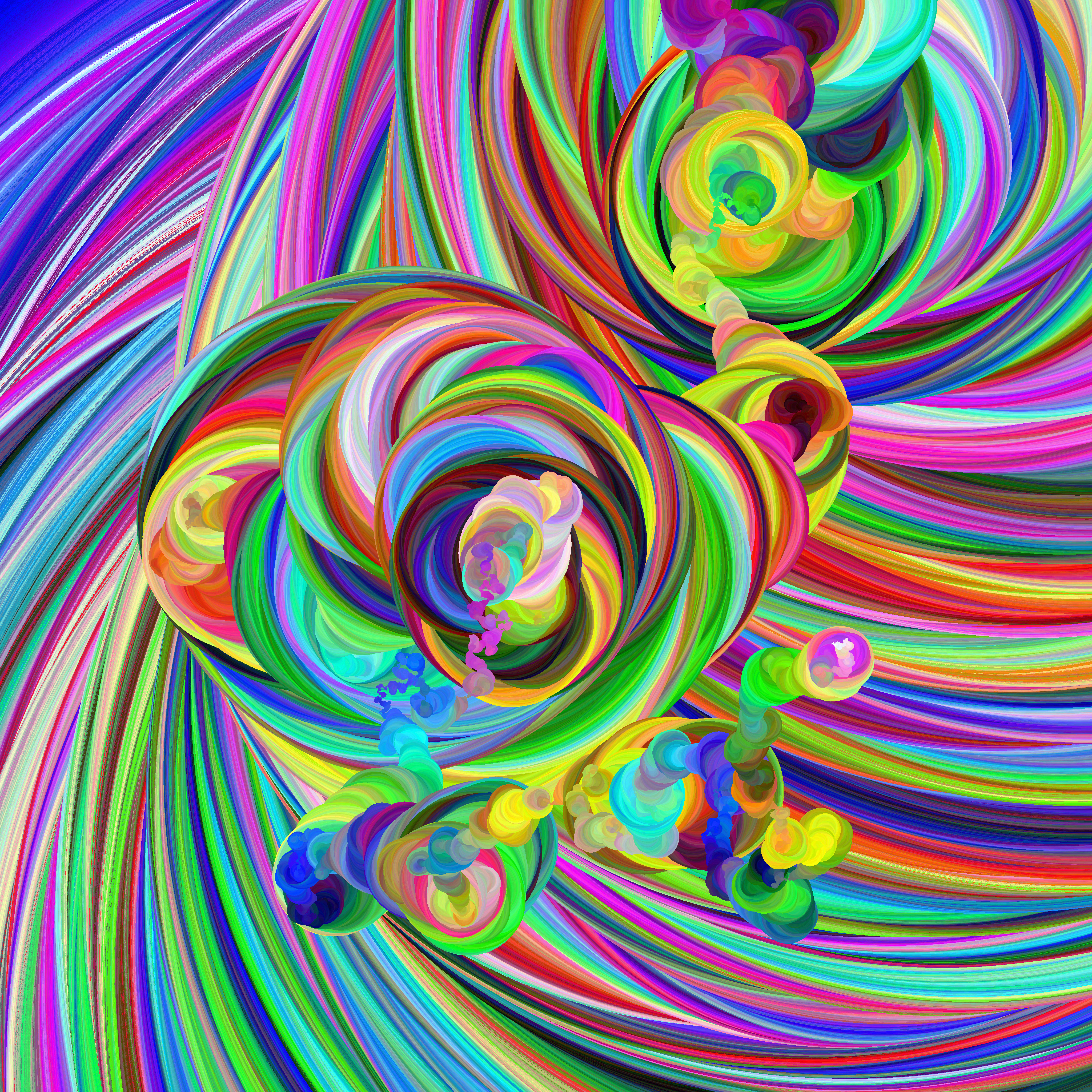