Marbles on a Creeping Stripe Ahead

This image is an omnichromatic variant of the Polka Dot 3D Effect image.

The first part of the construction is the same for both images: the 3D RGB colour spectrum is sliced into 256 tiles of size 256 x 256 and the tiles are orderly placed over a 2D 4096 x 4096 area, following a creeping line ahead pattern, while orientating the next tile to ensure a seamless transition from the previous one.

With this layout, the set of 64 circles in the 2D image corresponds in the 3D colour spectrum to a quarter of cylinder whose axis is an edge of the RGB cube.

The colour component that varies along that axis can then be inverted within the circles while retaining the omnichromatic property of the image, but this is not the case for the other two colour components.

The inversion of the colour component along the axis can be pictured as the quarter of cilinder having a plane of symmetry orthogonal to the axis, cutting it through its middle.

The only other plane of symmetry for the quarter of cylinder runs instead along the axis. Applying this other symmetry is equivalent to swapping, rather than inverting, the other two colour components.

After this operation, the colour components of all the pixels in the image are further inverted and/or swapped, in order to give the marbles a coluring similar to the one of the Polka Dot 3D Effect. 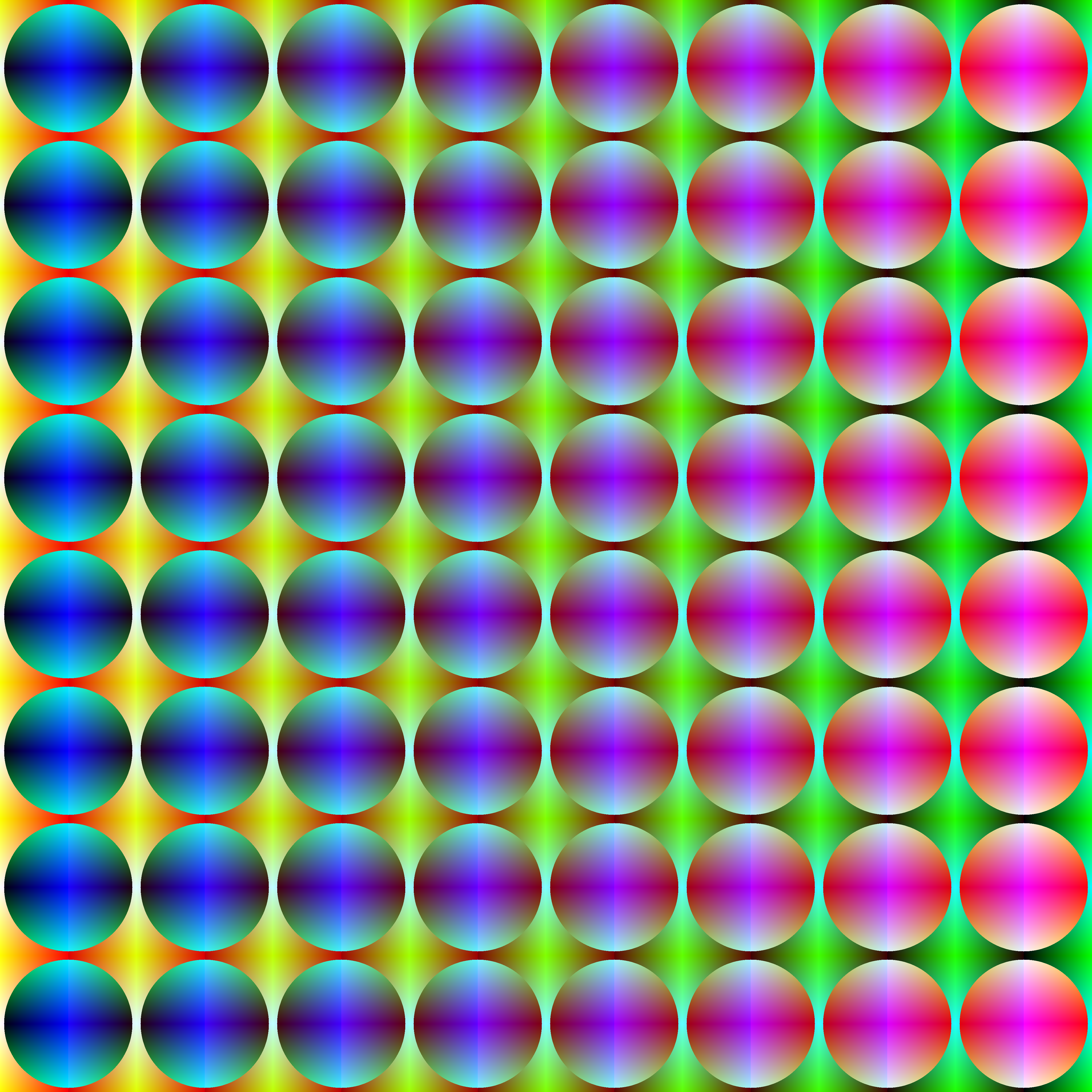