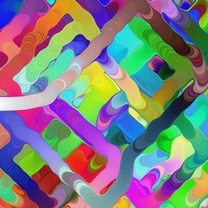 This image is the outcome of an experiment inspired by the diffusion-limited aggregation process.

If the particles originate from a fixed source, they simply form layers around it that tend to be circular in 2D or spherical in 3D.

To introduce some variety, in this experiment the source of particles is also made to drift.

When a particle steps beyond the surface of the object and freezes, if its final distance from the source is above a certain threshold, then the source moves one step closer to that particle, before emitting the next one.

Destination pixels and colours from the two sources are then matched one by one. 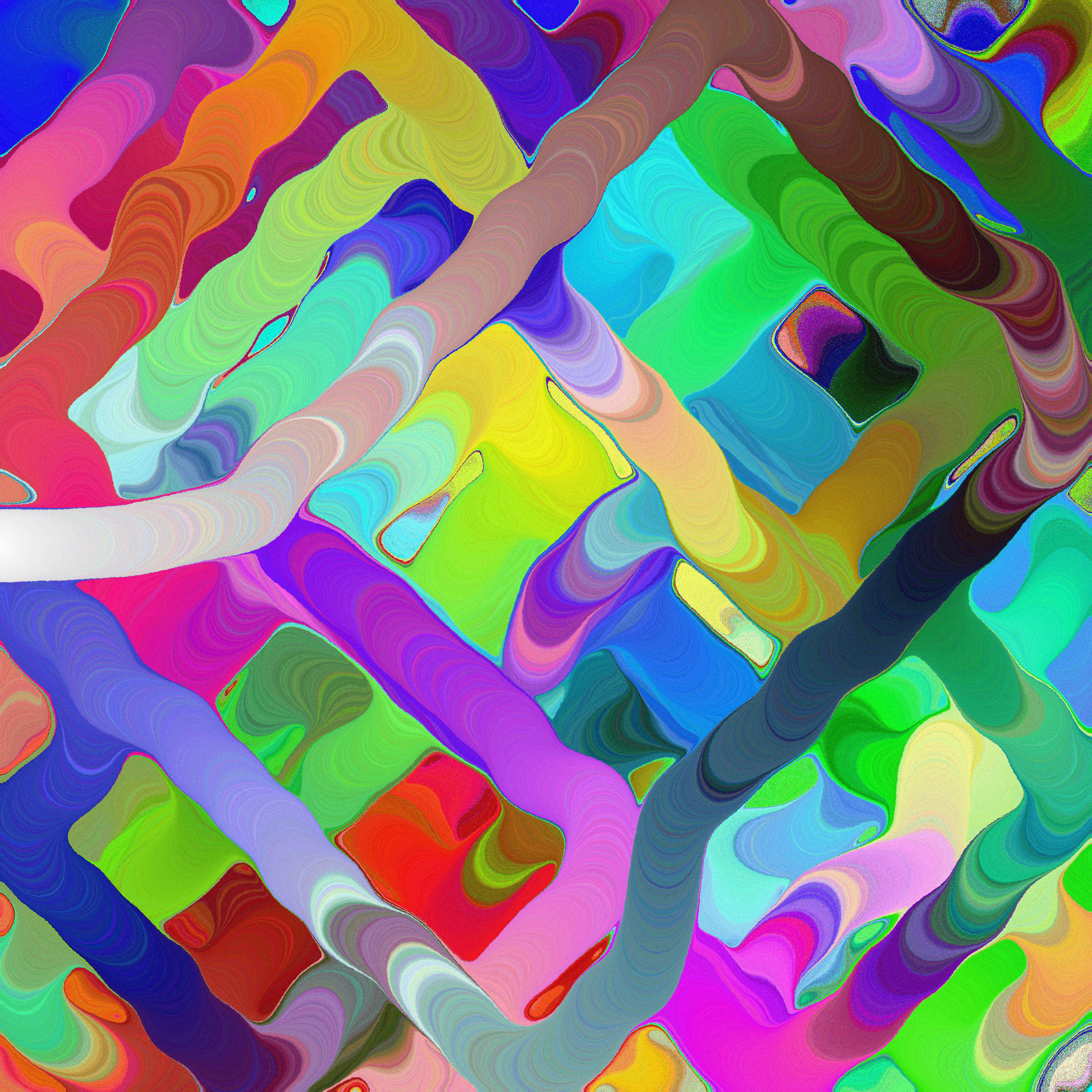