The approach I used to produce this image is pretty much the same I used to derive the "Cromospilled Bananas" and "Veiled Cell" images.

In this case however the starting image is the very raw and basic Additive Squircles, which only has eight base colours (white, cyan, magenta, yellow, red, green, blue and black) laid out in a way to invite a conversion algorithm to generate a 2D colour spectrum.

A 3D colour space cannot really be reduced to a 2D colour spectrum, but something striking might still come out of attempts to reduce the irreducible.

This image looks like a different image when turned upside down. 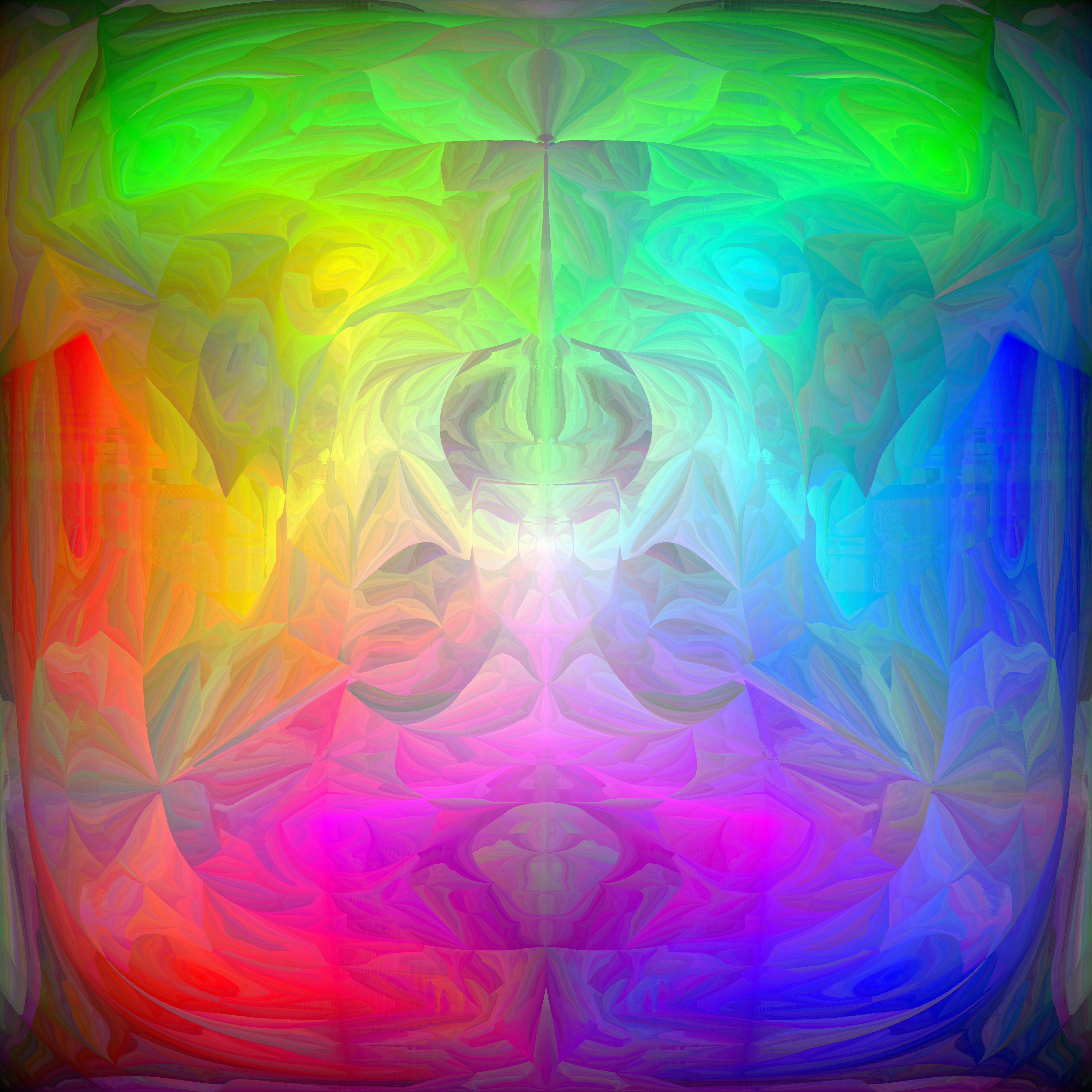