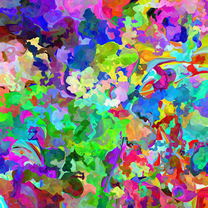 This image is constructed as described in the Brownianhood image, except that the particle moves by a variable number of steps instead of a fixed single step, before one of the pixels that's nearest to the particle and has not already been painted is painted.

The ratio of number of steps to distance from the border can be applied to both the 2D image space and 3D colour space.

Depending on the ratio chosen, the emerging shapes will have different size/granularity and different colour shades.

The aim of applying multiple steps is to prevent the particle from dwelling for too long within a painted area, i.e. to prevent the area being painted from growing too large in a roughly circular shape. 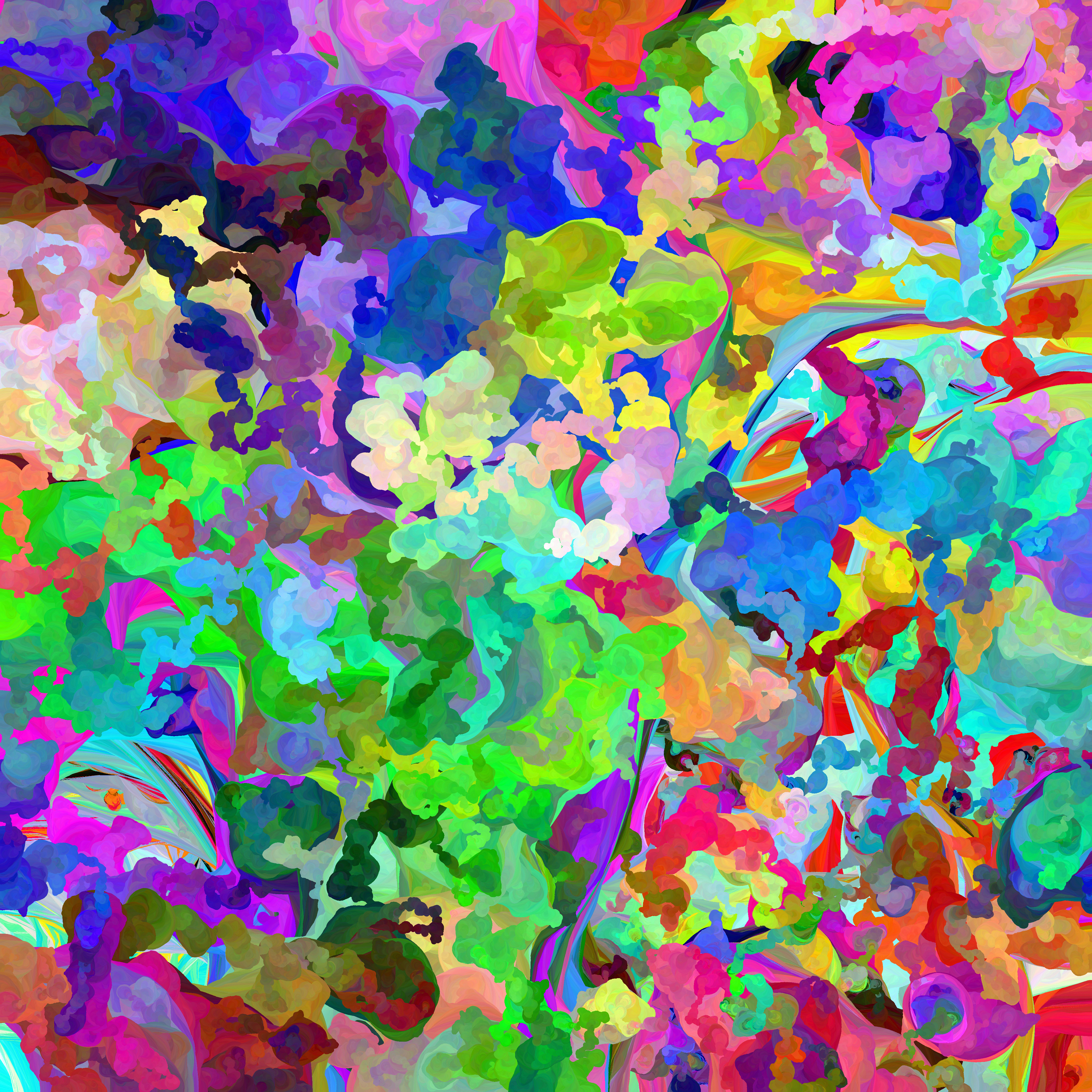