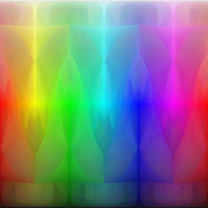 This image is derived from an image of a Granger Rainbow.

A very soft and uniform noise is first applied to the original image, increasing/decreasing by 1 the intensity of about 25%/25% of its 4096x4096x3 colour components.

Then the component intensities are altered further, to make the image uniform over the RGB colour spectrum. The change of intensities in a pixel favours making them closer to the intensities of its nearer pixels.

Finally, the colours are made unique by recursive partitioning and readjusting along the red, green and blue axes.

The intent of the subtle noise introduced before the conversion is to prevent artefacts from emerging, however some of the artefacts still emerge and the noise itself is converted into a noticeable texture.

The emerging patterns and texture actually give a peculiar character to the resulting image. 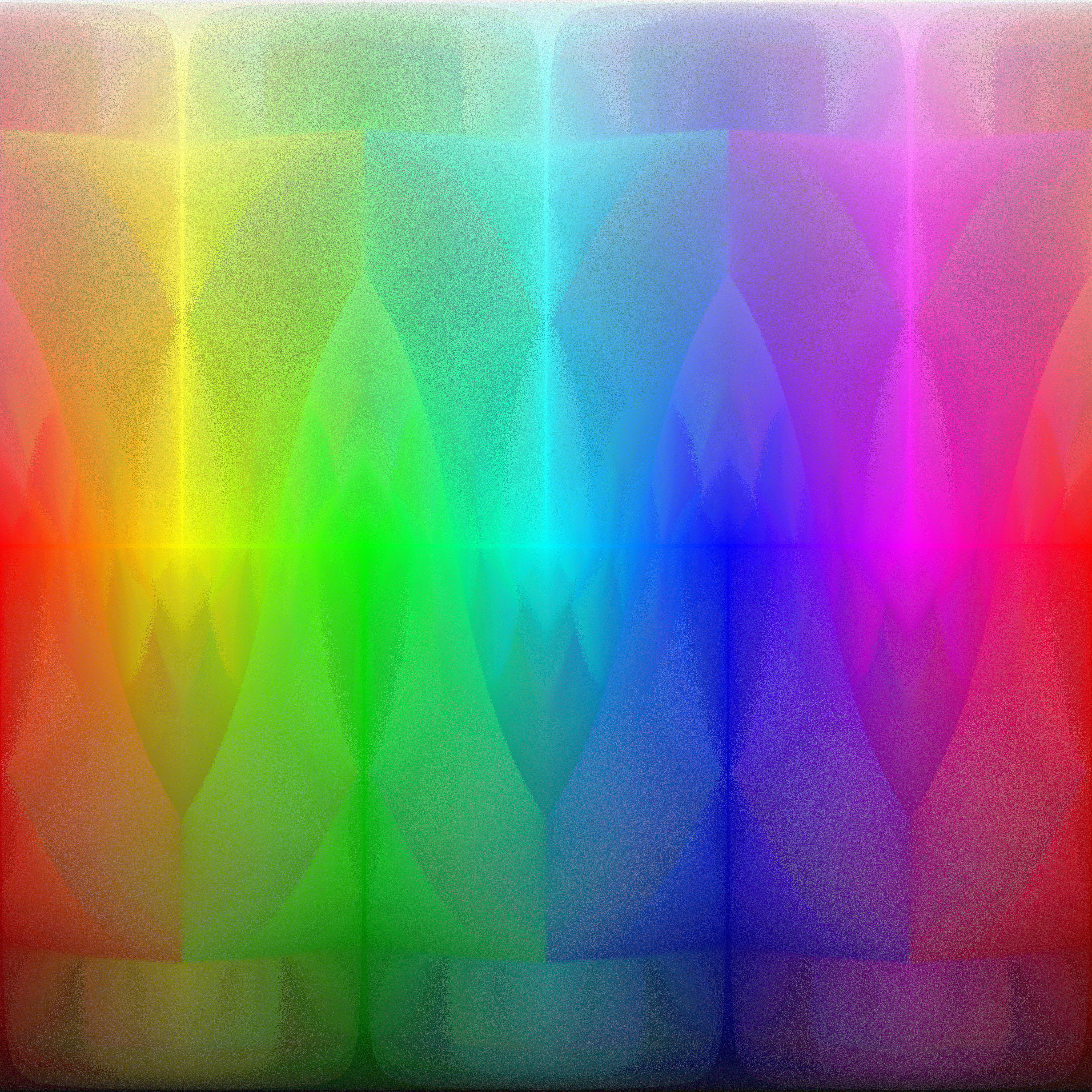