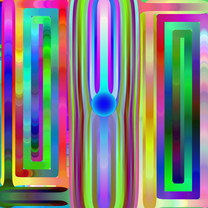 This image has been generated using the Average Pursuit algorithm with a rate of about 0.01%.

The emerging shapes happen to draw significant attention towards the circle at the centre of the image.

In the subsequent choice of colours, the central circle could be made even more prominent with the use of yellow and red. There is however something more intriguing in going for the opposite effect, choosing colours to give the coldest appearance to the core of the image. 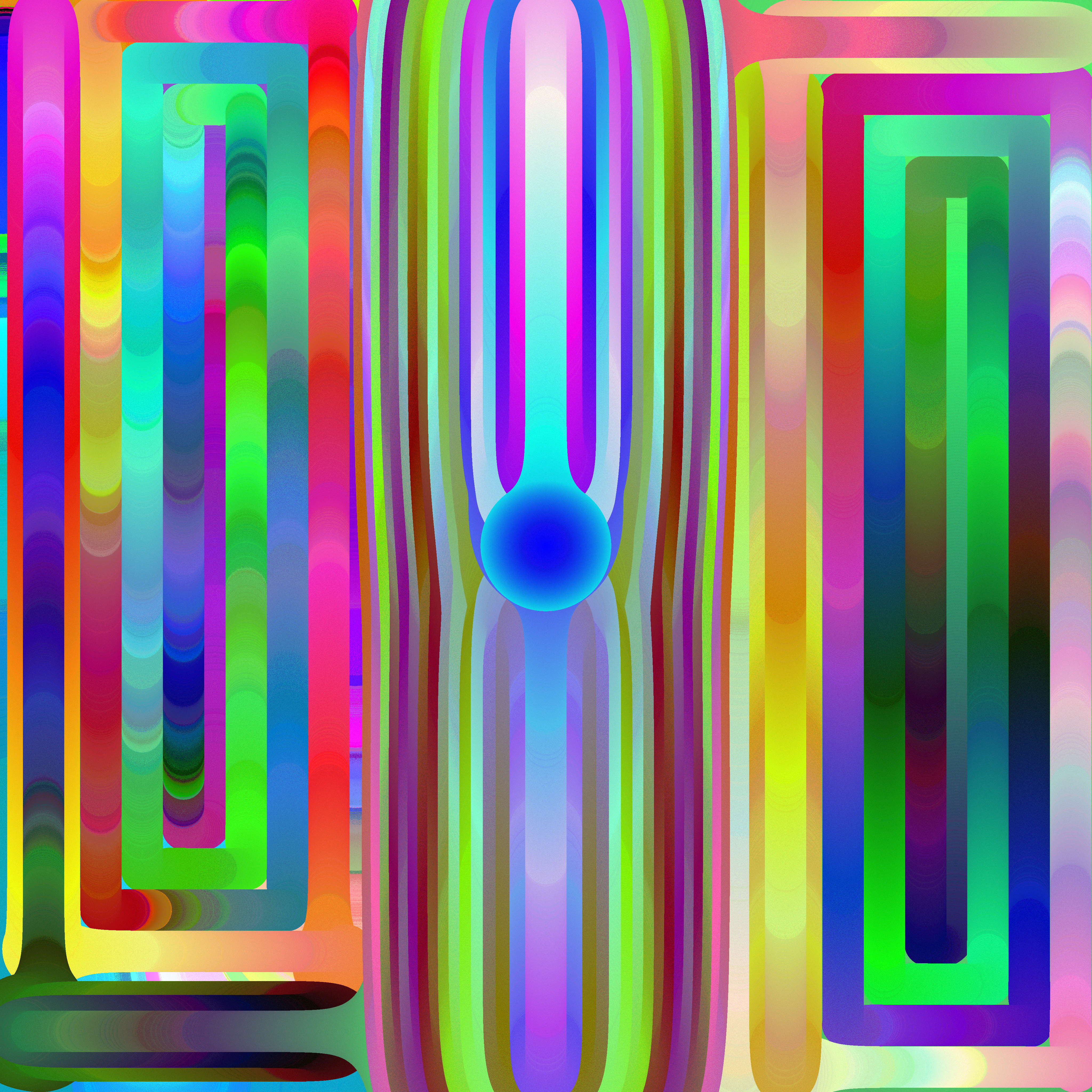